Multiple versions of a choreography performed by Annamaria Ajmone and processed during a residency at Signal Culture,
using analog synthesizers. Voltage controlled oscillators and patches give way to an endless dance of colors.
The premiere version was exhibited site specifically as a triptych for my solo show, Come se il colore stesse a guardarti,
at Adiacenze gallery in Bologna. 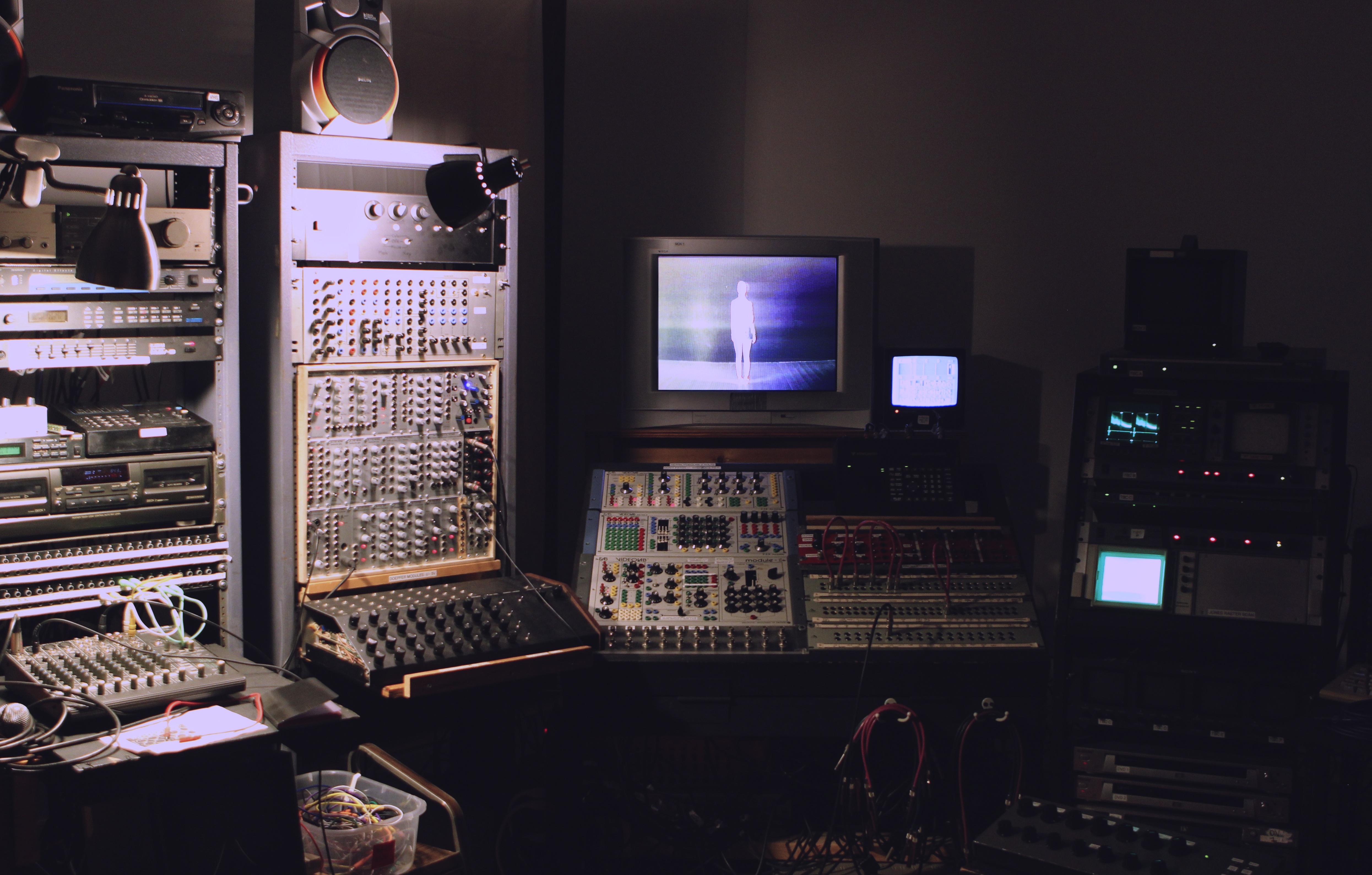 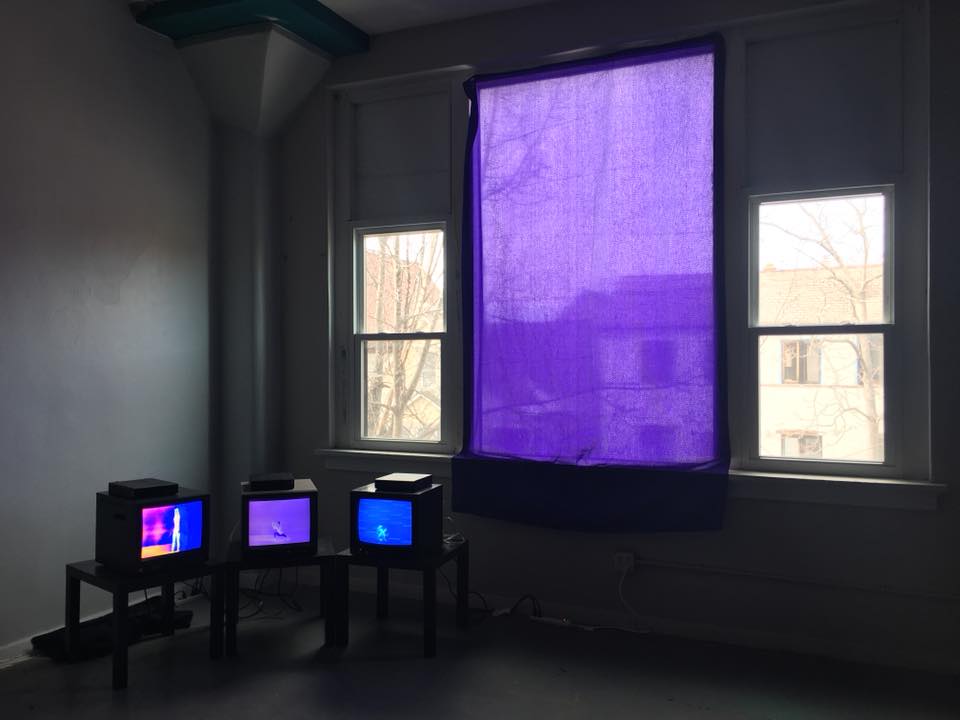 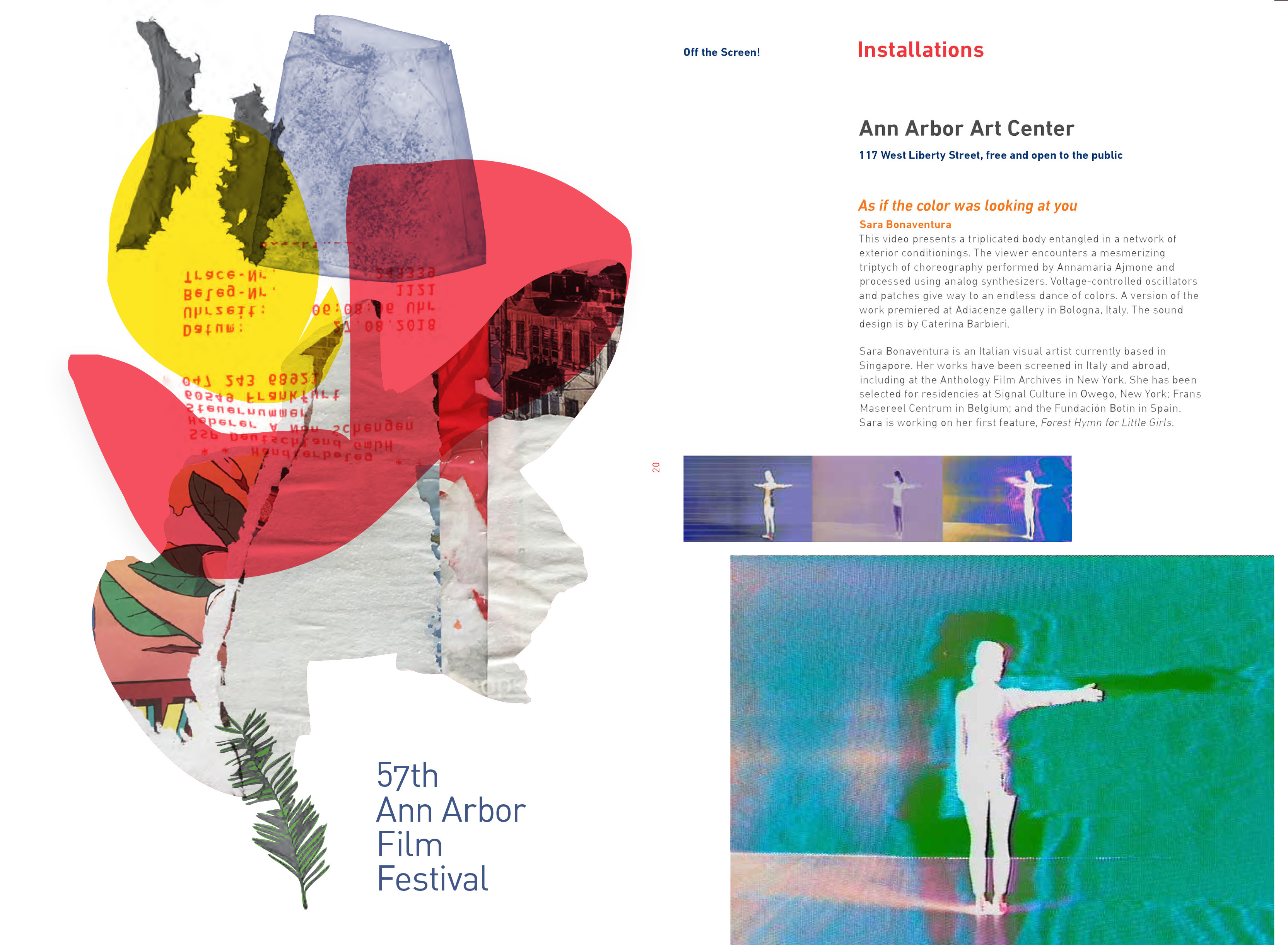 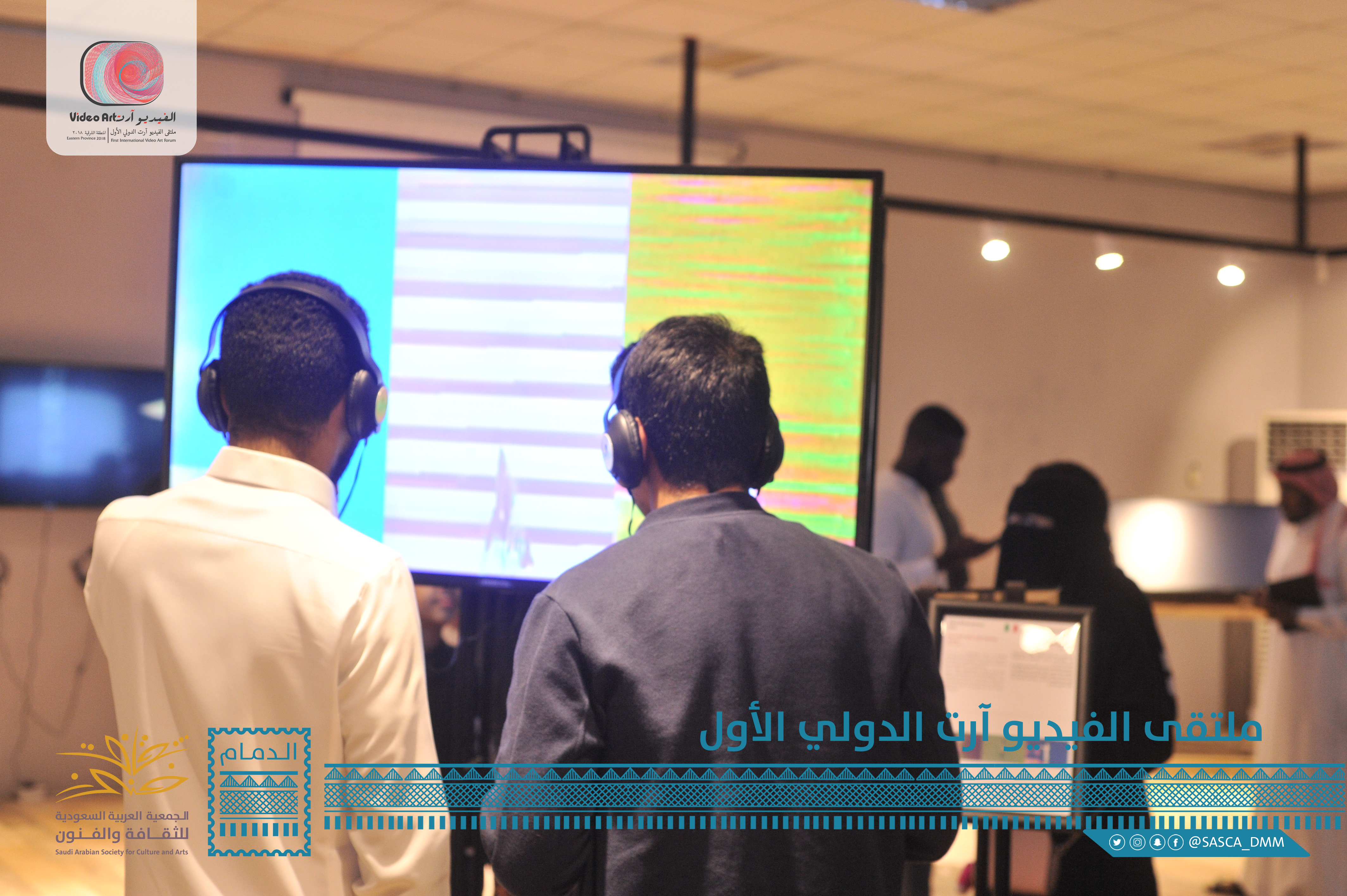 The video presents a body that has been triplicated and entangled in a network of exterior conditionings.
The perceptual value of the same choreographic action changes as the colour changes.
The choreography starts from simple and minimal geometric gestures and eventually rise to a small climax,
in which the movements have been fluidified,and it is also affected by a porous, wrinkled and always in movement reality,
in an endless flood of small folds, in a spectrum of possibilities in which the body is immersed.
The premiere display was a triptych, a device that is a reference to the sacred art but it is referred etymologically to the fold:
the truth lays between the folds which are replicated to infinity.
According to Deleuze the fold is a metaphor, of the formation of a soul and a contemporary consciousness.
“It is a multiplicity that is being bended and explained, and it is up to us and our ability to conceive it and to try explaining it” (Deleuze) 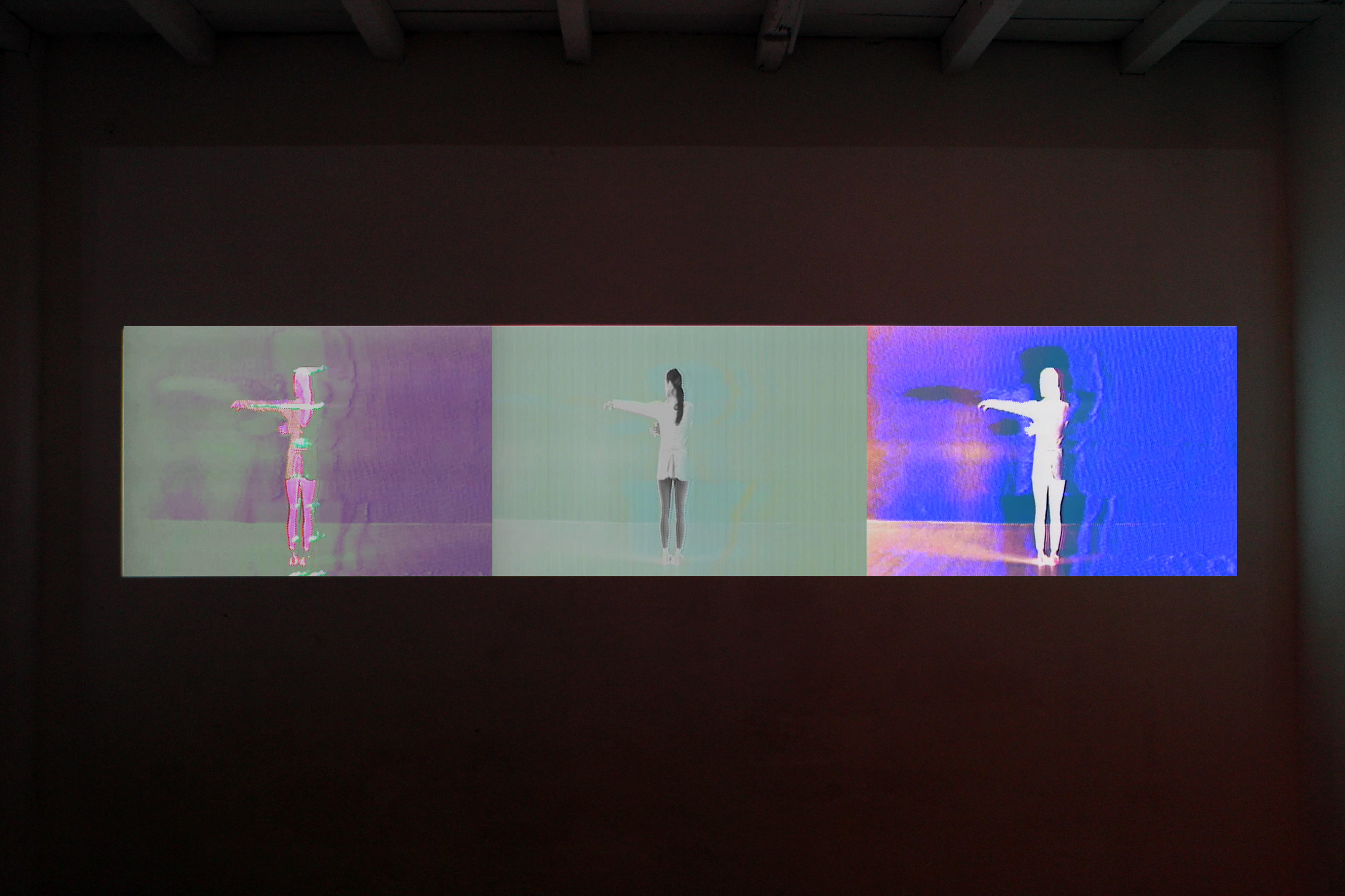 In the basement exhibiting space of Adiacenze a fully immersive part of the exhibition gave way to the possibility of entering the screen.
The presence of color, invasive also in the video installation, became three-dimensional.
The spectator, who had previously become part of the work, but still in a passive way, was fully surrounded and integrated,
becoming a subject and a co-protagonist of the work. During the opening Annamaria,
who had been transformed into an electronic image in the triptych, enacted a performance embodying this possibility. 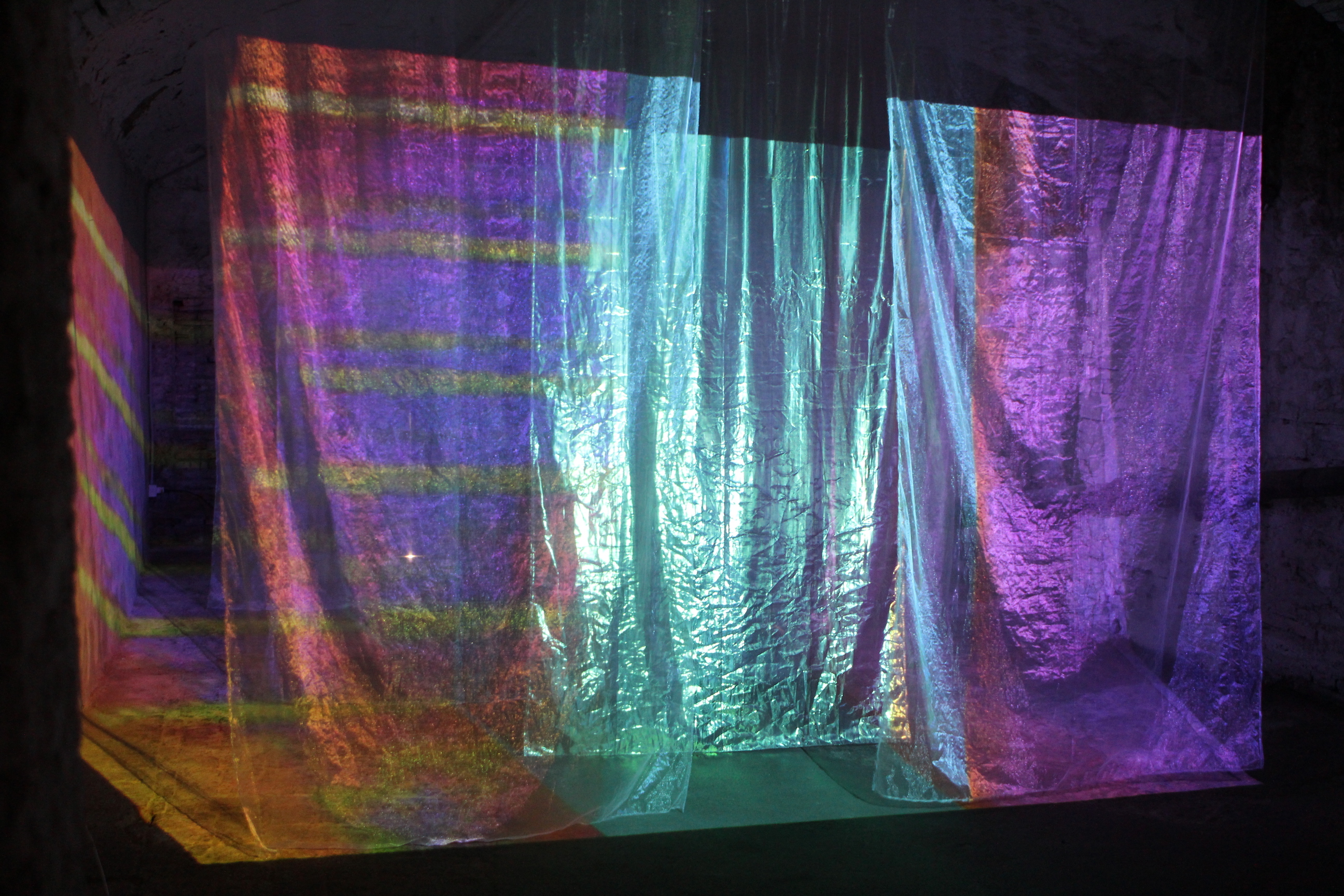 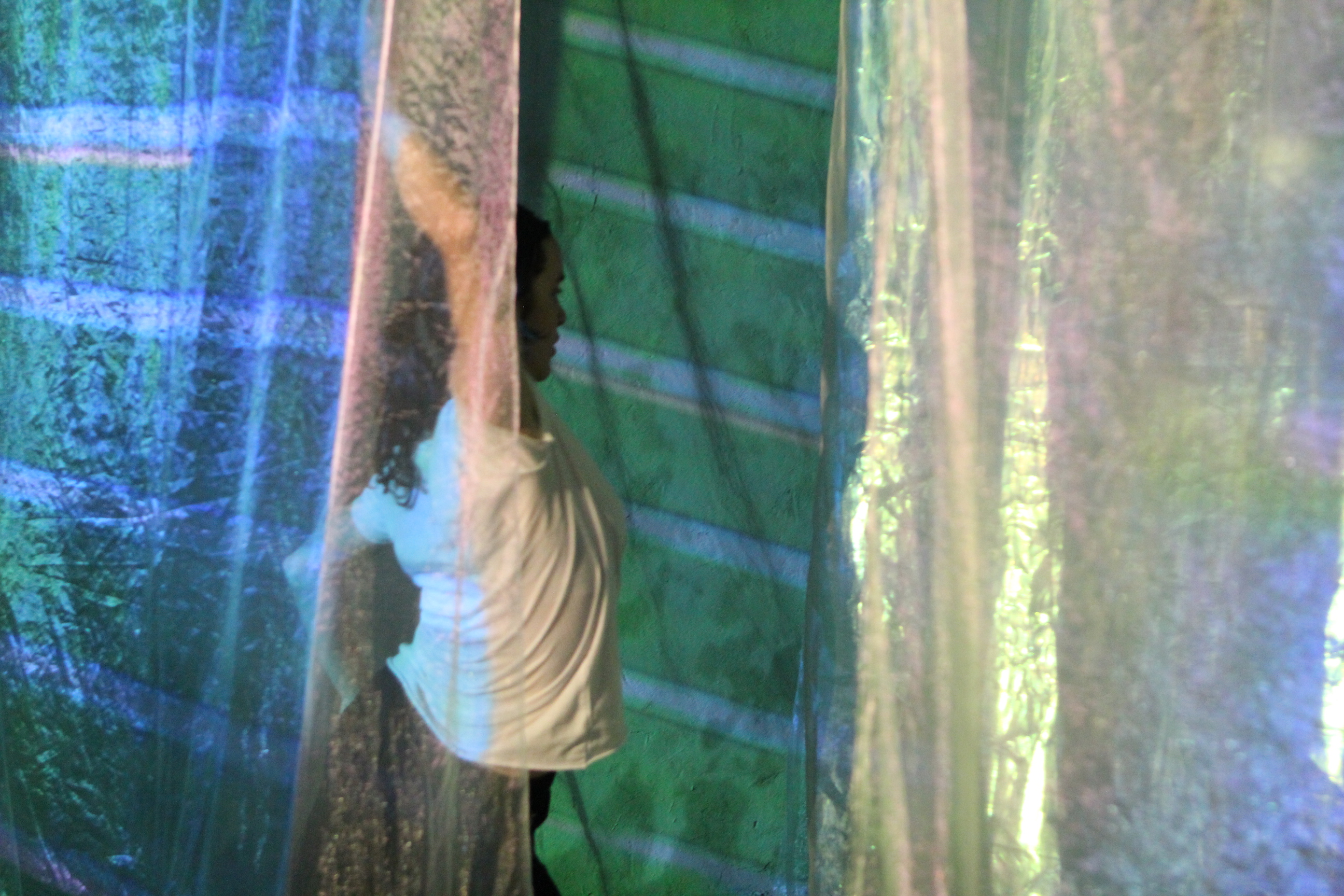 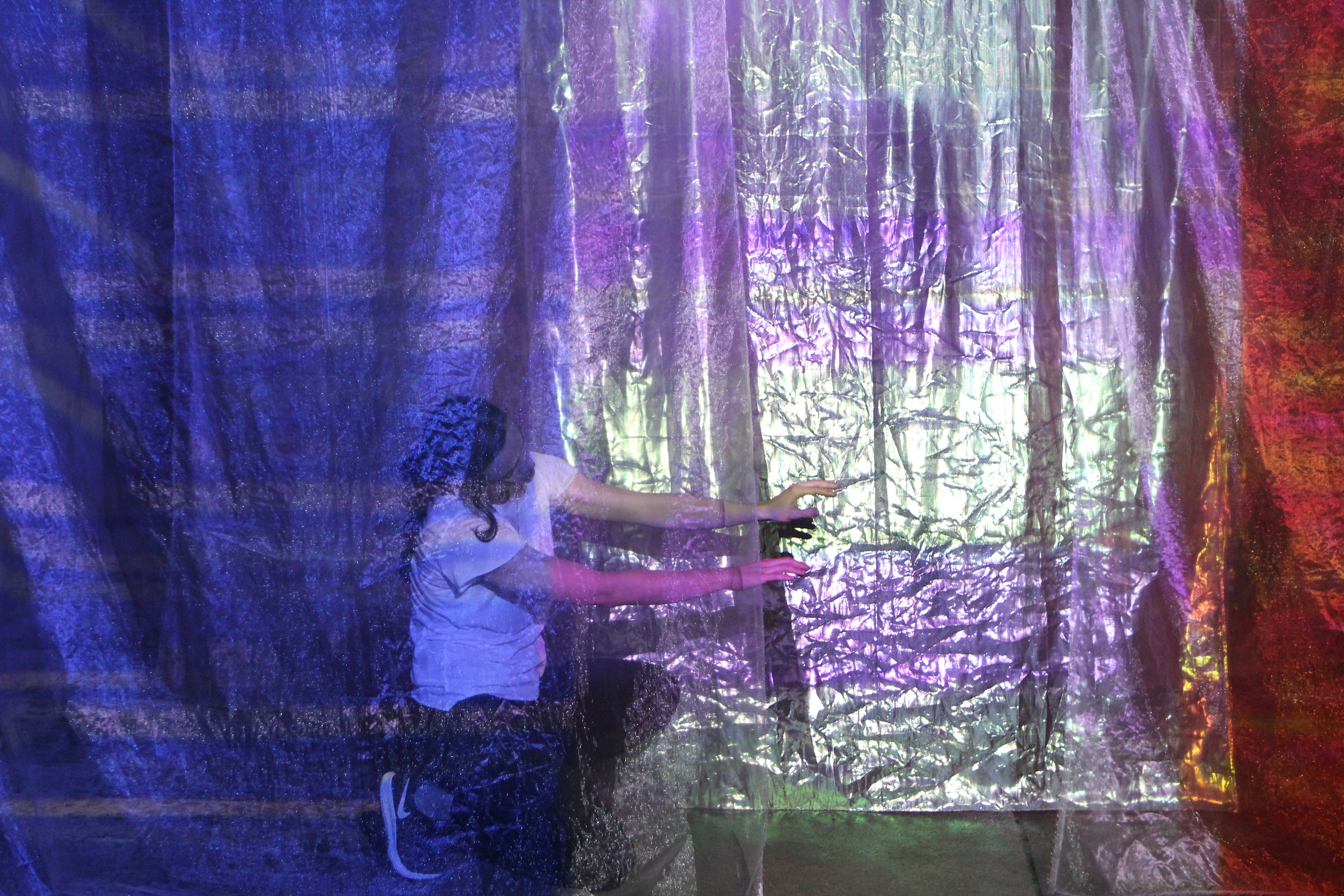 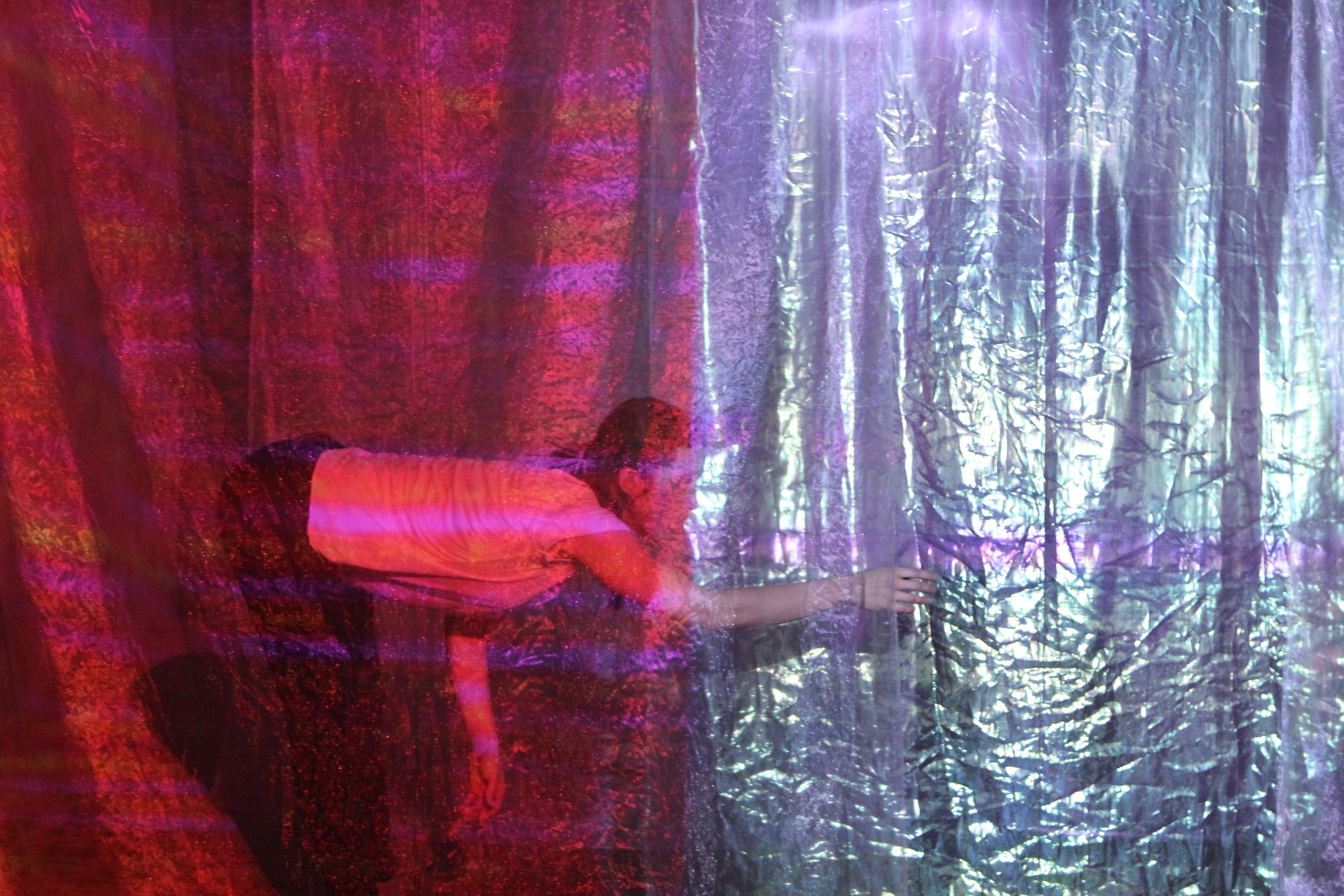 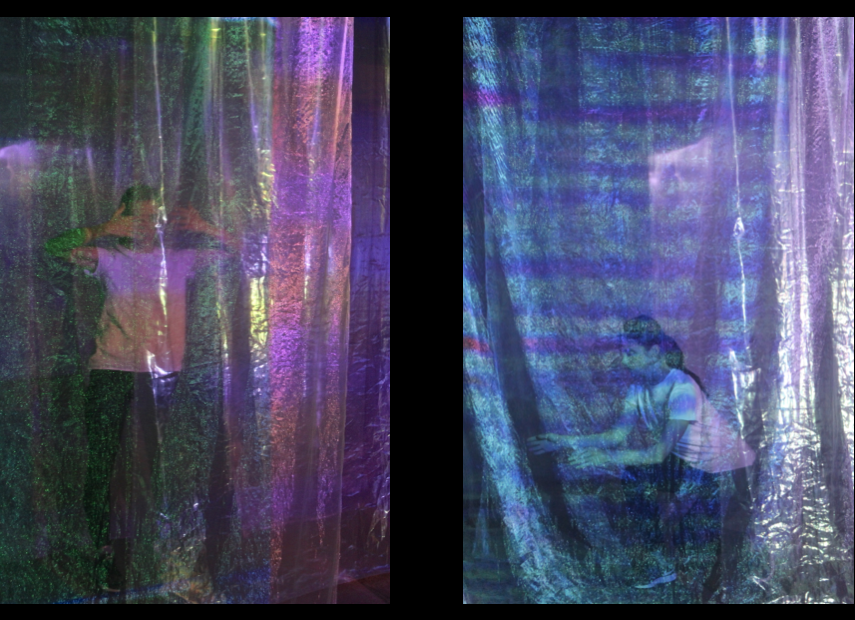