Leaking memories, framed inside. Release them in the eternal circle, let them bleed.
Now look at them inside out.

An ecchymosis is first seen from the inside, behind the screen,
then is projected outside awakening the third eye. Insideout.
The moment when the vision moves from the inside to the outside of the screen
corresponds to the mirrored eye. In that mirror the pupil becomes the epiphesis,
that magical gland that goes beyond the optic chiasm and is known as the pineal gland or third eye.
Split mirrored eye = brain.
At the end of this visionary journey, only a mysterious ocular spot on the iris remains. 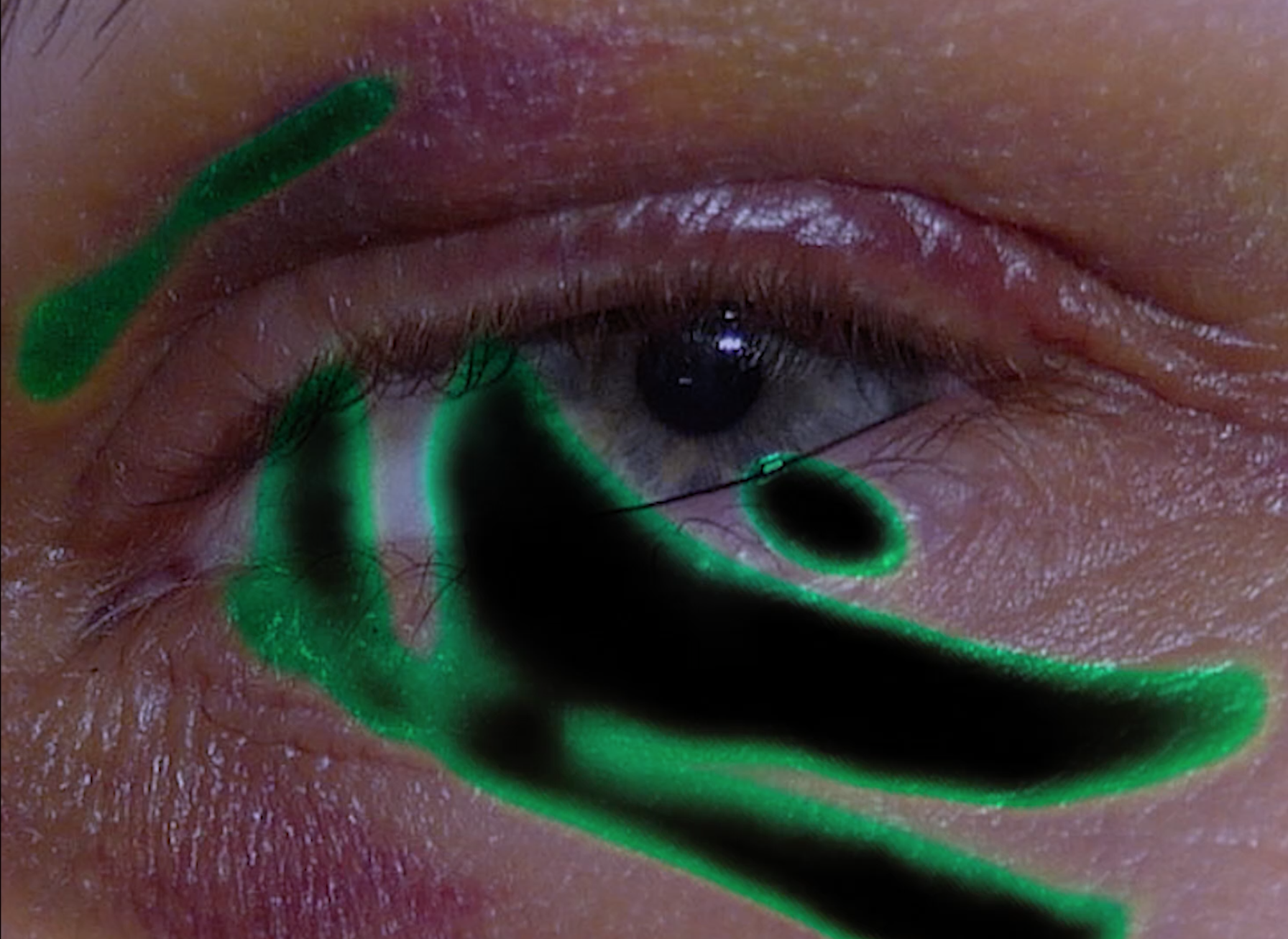 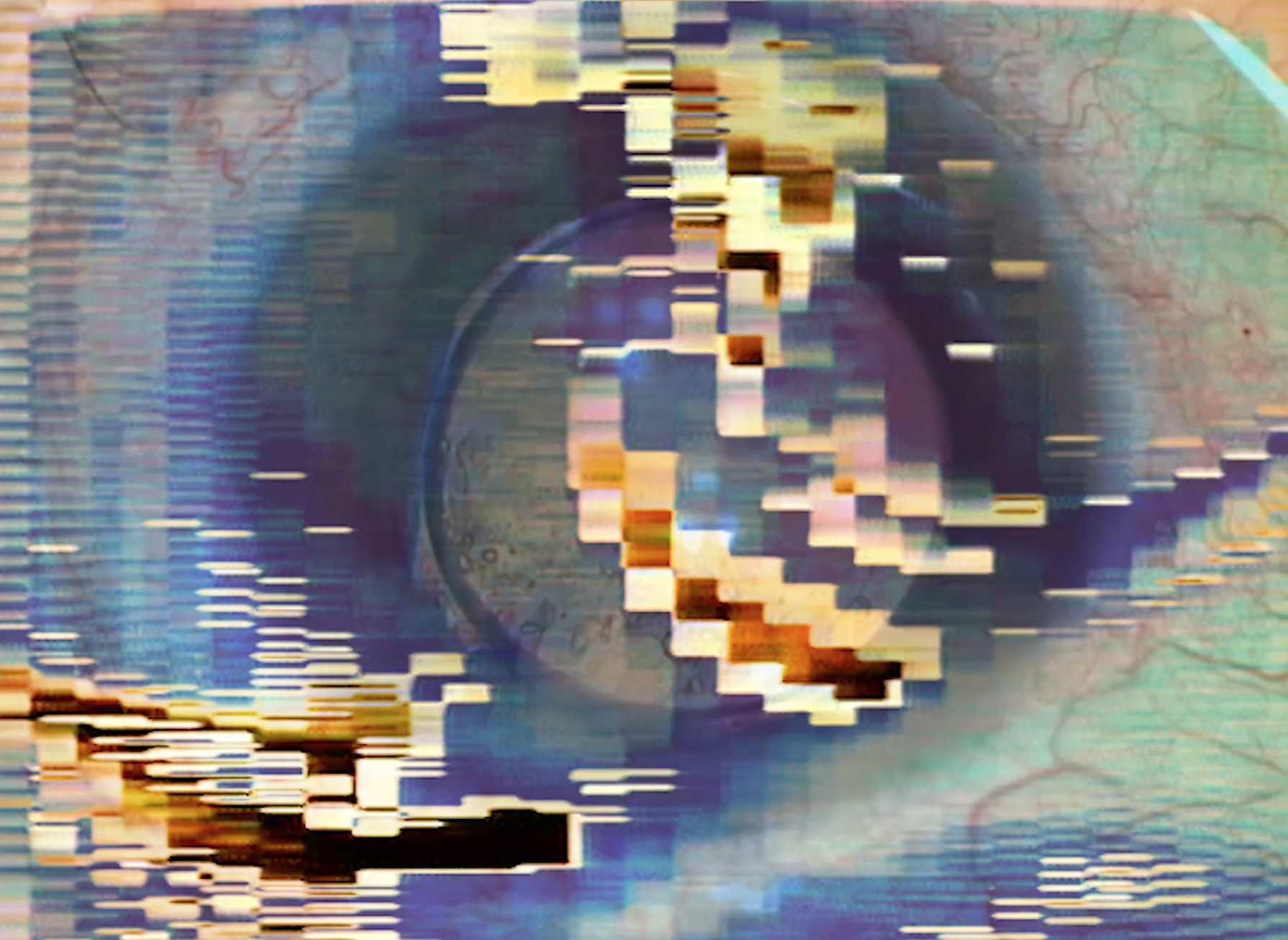 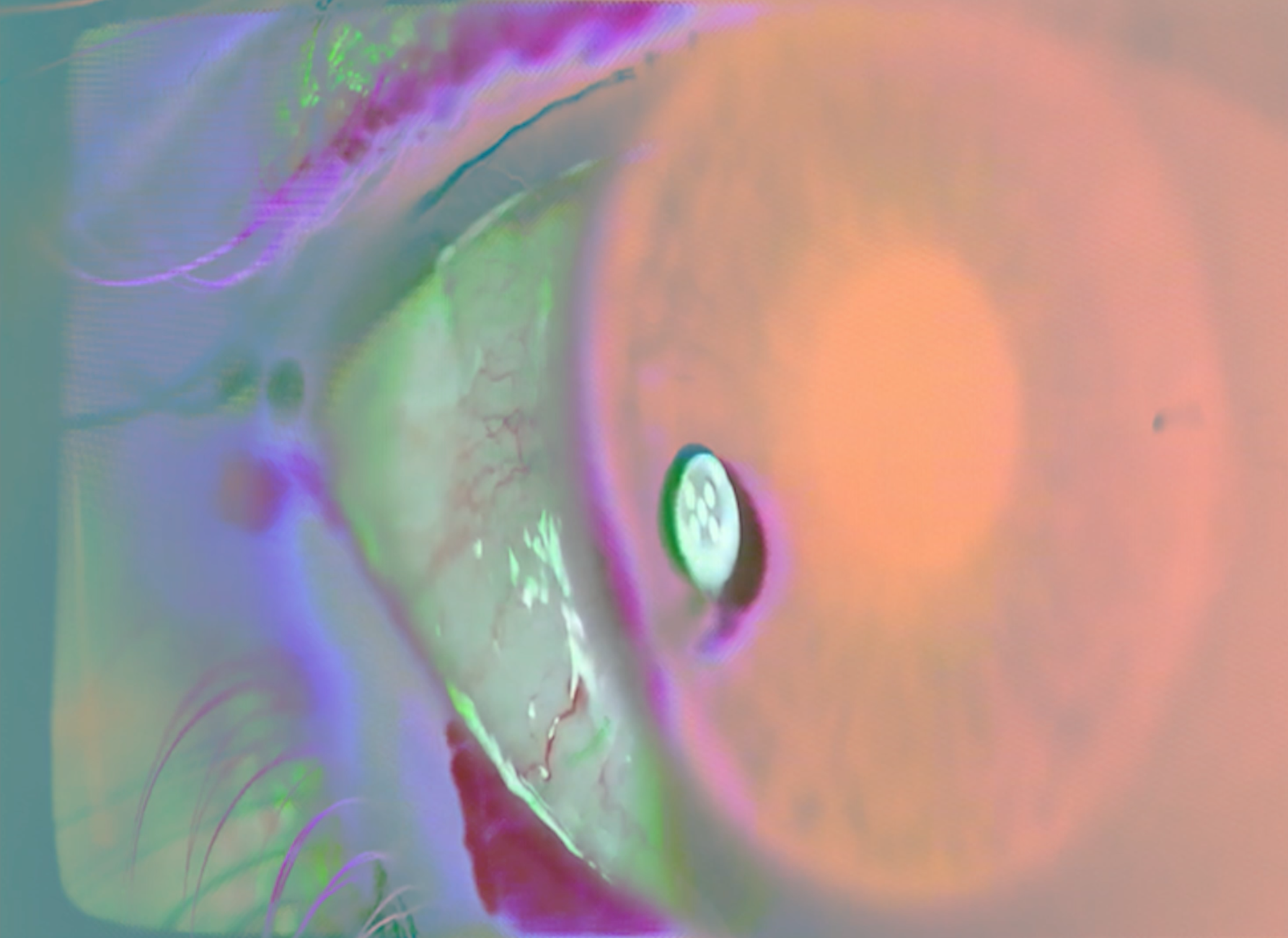 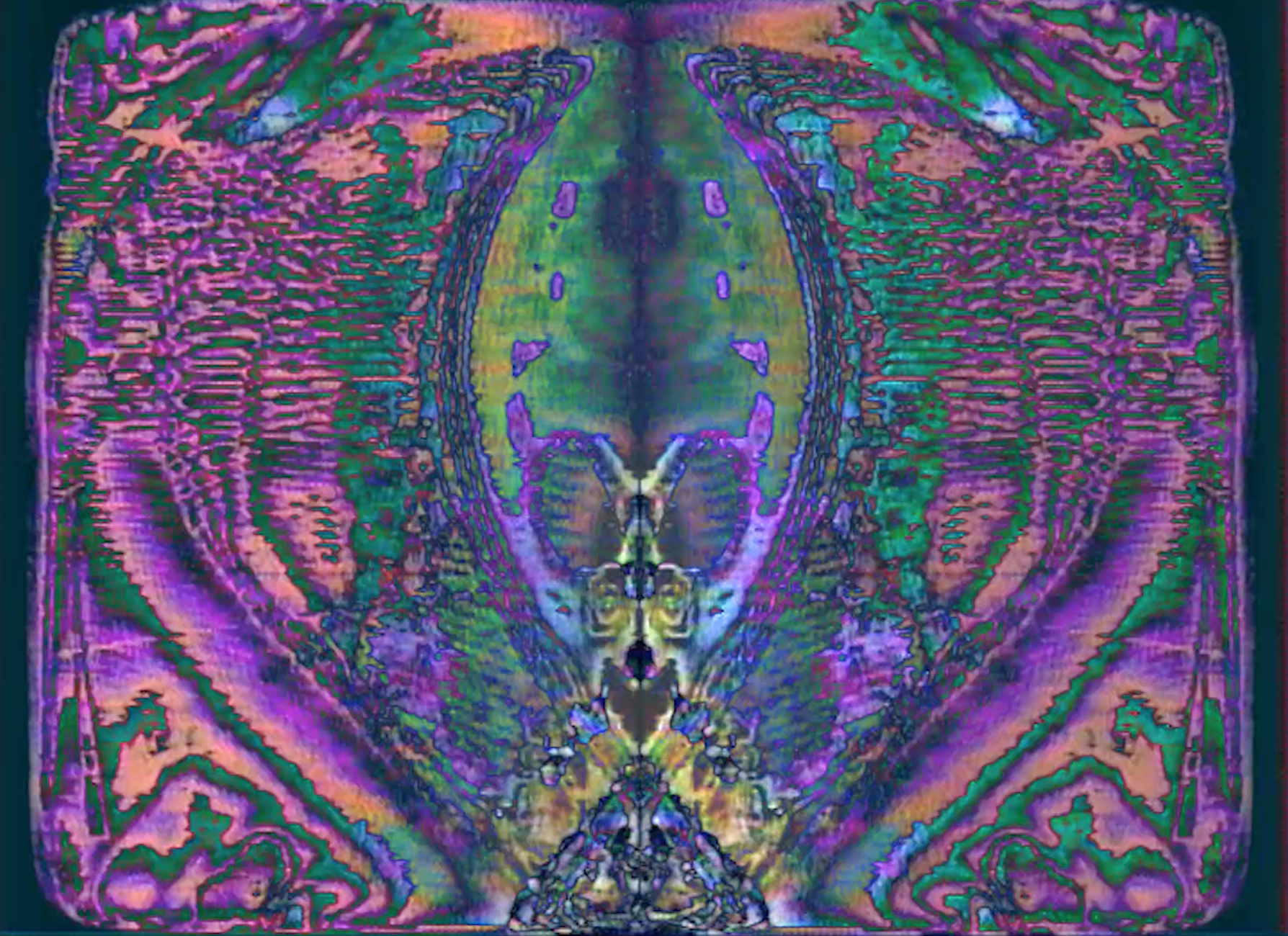