Open your eye-lips
lick the light and
swallow the night

A meta-vision, manipulating the digital, with feedbacks and analog effects rendered with lenses and hand-made instruments. No narrative, but a metaphor, of vision, whose etymology conveys a sense of transport (here a transfer between symbols: square circle triangle – hand eye mouth).
A journey through a bizarre pupil at the limit between the natural and the synthetic. A pupil is a hole that allows us a complementary vision, holding together what is and what is not. A synthesis (suggested by the chromatic one of the title) induced to explode or implode in such a way that the only remaining structure is the rhythmic one of the music. 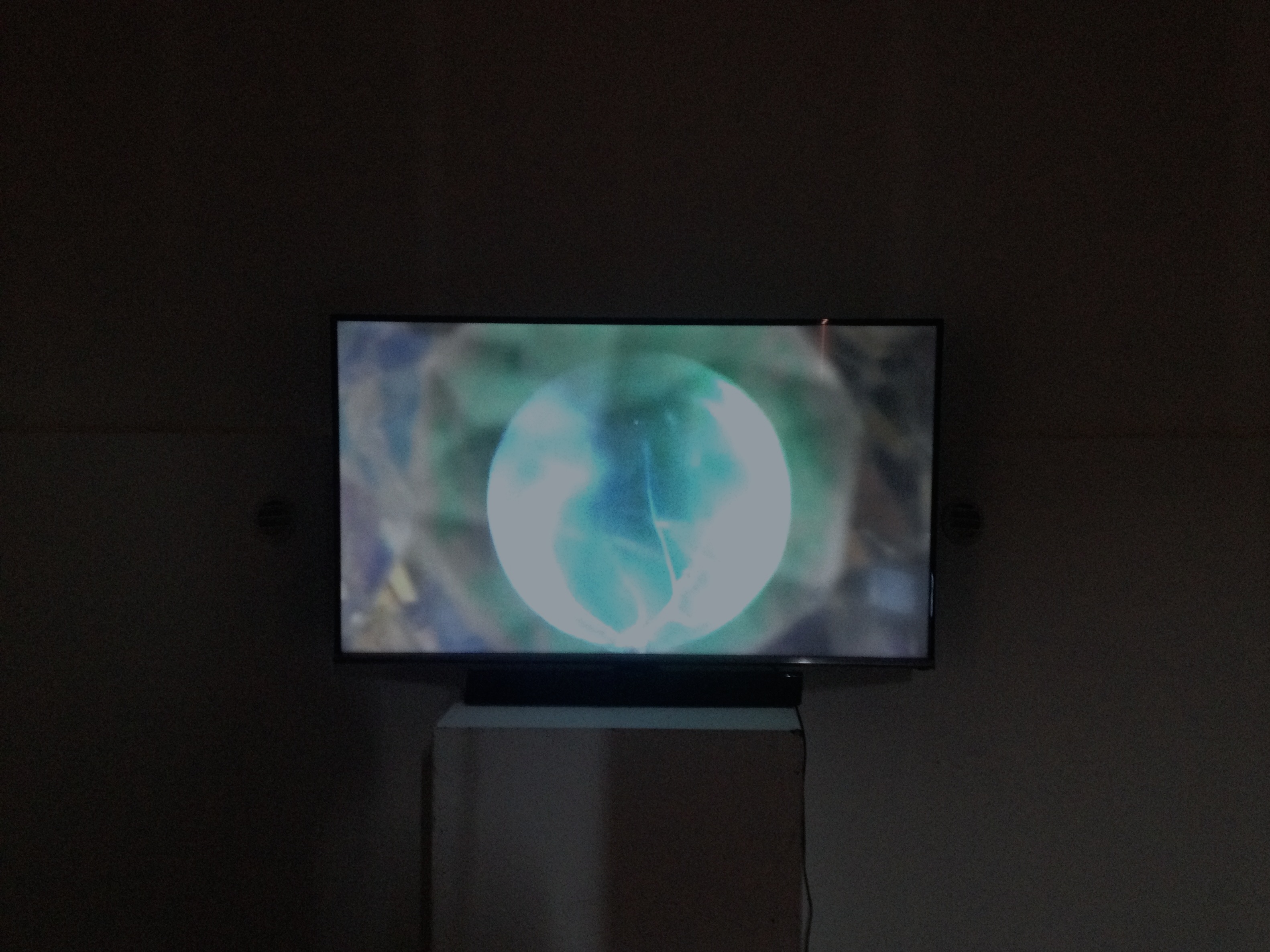