A post-digital dea ex machina gives birth to an uncanny world full of glitches, feedbacks, echoes of vhs signals encoded in bits and flashy squirt: a post apocalyptic land that shines and glows. Where magma, anagram of gamma, which is as fluid as the digital, flows and spills over. Gamma rays expand. Beyond the screen. Liquid crystals crack and bleed. The inside goes outside. The sky is an upturned abyss, where everything begins again.
Premiere at Node festival, here above reported by Roberto Dinale. see also teasers at the bottom the page 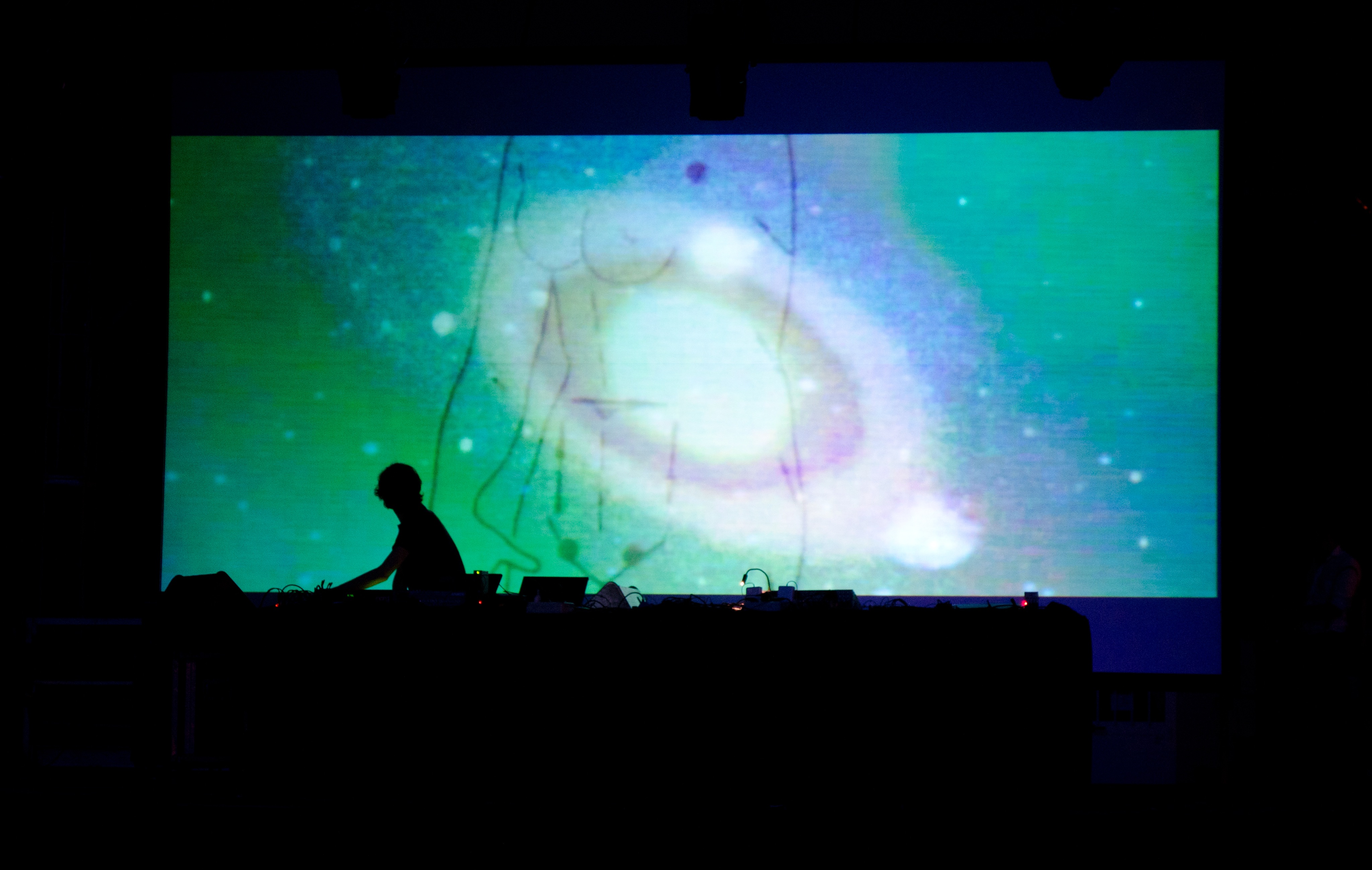